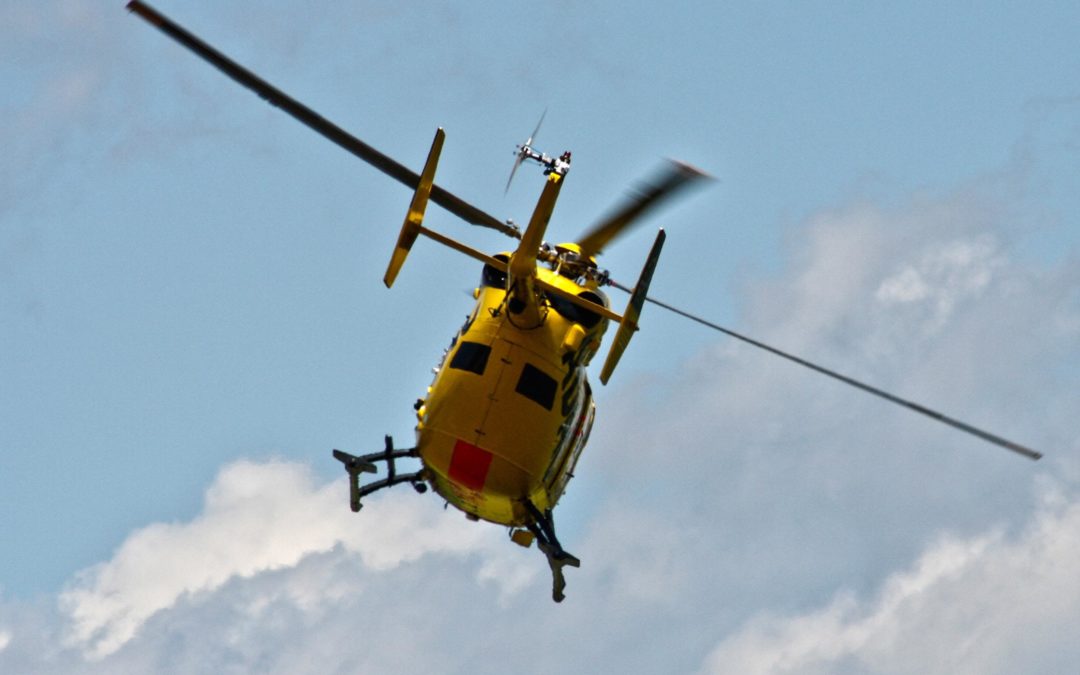 Taking to the skies via an air ambulance can save an accident victim’s life when timely medical attention is of the utmost importance, but doing so can lead to shockingly high bills. CNN recently covered how the sky-high air ambulance prices bring patients back down to earth once they are hit with hugely expensive air ambulance costs.

In the CNN article, one woman who was transported by air ambulance indicated that her spouse repeatedly asked whether the ground ambulance crew could take his wife, only to be told that the air ambulance was needed. Importantly, the financial cost of air ambulance transportation was not disclosed and no explanation was provided regarding the necessity of taking an air ambulance when a local hospital was an hour’s drive away. Ultimately, the married couple was left with a bill exceeding $40,000 after insurance paid under $14,000 for a short helicopter ride costing more than $54,727.26.

Unfortunately, this is not a one-off story. CNN reports that nearly every state insurance regulatory office has heard complaints from patients who have been harmed by air ambulance bills that seem to have quickly risen in cost. These complaints pair with a 2017 federal investigation that found average air ambulance flight costs doubled between 2010 and 2014.

New Mexico, however, has been particularly affected by the sharp increase in air ambulance transportation costs.

A state investigation conducted by the Office of Superintendent of Insurance found that, between 2006 and 2015, New Mexico air ambulance bills rose by a stratospheric 229%. Air ambulances continue to serve an important function for catastrophic injury victims whose lives hang in the balance after an accident.

Air ambulances deliver critical care quickly, but leaving catastrophic injury victims with nearly insurmountable bills after an accident is of no help to these victims and their loved ones. There is generally a broad sense of agreement that patient air ambulance costs need better controls to reduce the out of control price increases. States, state insurance associations and even the insurance industry largely agree on this important point. Even so, regulation of the air ambulance industry will likely come only through an act of Congress.

In October, Congress passed the FAA Reauthorization Act of 2018, which empowered the Department of Transportation and the Department of Health and Human Services with the authority to create new rules that promote price transparency and protect aviation consumers. Importantly, the new law also created an advisory committee that will serve as a consumer aviation advocate. Collectively, the FAA Reauthorization Act of 2018 could serve as a meaningful step toward reducing the balance bills facing patients, although the amendment does not directly address the issue.

For now, patients who have been left reeling after receiving a shocking air ambulance bill in New Mexico should know that legal help is available.

If your family is facing the financial difficulty of an unexpectedly high air ambulance bill, I can help you if you have been grossly overcharged for air ambulance services. I strive to be the best catastrophic injury attorney in Albuquerque for each of my clients, and it is my firm belief that no New Mexico accident victim or patient should have to pay for excessively expensive ambulance services.

If you are facing air ambulance overcharging, I can help you recover these costs that are unfair and overly burdensome for your family. Contact me online for a free case evaluation to speak with me directly about your air ambulance expenses after an Albuquerque accident today.